For a small, annual sum, members of Birdlife South Africa enjoy a meaningful contribution to an organisation giving wings to birds – the NGO positioned at the polished end of the National Conservation Spear. 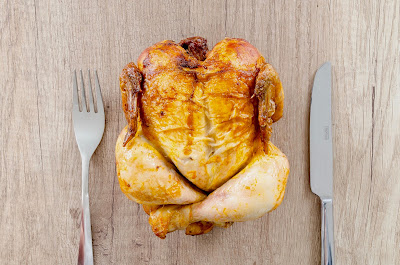 Birdlife’s successes are legion – none more important than their contribution, via the ATF (Albatross Task Force), to the Global Seabird Program – the catch-all, in this context, for ‘finding innovative and win-win solutions to seabird by-catch’ [i.e. – in the fisheries]; and by ‘winner-winner, chicken-dinner‘ the ATF mean ‘fish-away but don’t catch the birds‘ and not as you might have come to expect from other headline acts in this country – ‘you’ve caught the birds, we’ll sell them for you’.

We were having lunch outdoors, ignoring the day, hunched over the phone, like everyone else. A dark shadow brightened the screen; a convenience, really. In the reflection, the distorted, passerby-image of two Birdlife pros. dressed in Investec-branded Ts & Shorts; a B&W distraction in a sea of nothing special.

The kitchen’s hot, I know, but Gott in Himmel, shorts at lunch? Got me chewing – the bricks that is – I forget what was on the plate at the time. Here’s the salt & pepper of it; & hear me out, please. Profit-motivated conservation is an existential conundrum that is difficult to swallow – so I dunked-a-finger & checked – Birdlife’s published financials [2017], that is – & not the meaning of it all. That would be in poor taste.

There are one or two points of concern; & yes, concern is a subjective thing. I make NO inferences, whatsoever, so get off your high horse. First, a disclaimer – for the purposes of ‘good governance’.

What follows is not intended to constitute a recommendation, guidance or a proposal with regard to the suitability of anything.

You’re on your own.

In 2016 the Institute of Directors in Southern Africa and the King Committee on Corporate Governance in South Africa ‘acknowledge(d), with appreciation, those who support(ed) the King IV Report and corporate governance in South Africa through their sponsorship‘ etc. Their Platinum sponsors, defined by quantum rather than quality [as it turns out], included KPMG – currently seeking a ‘start-over’ for various governance oopsies. We must be thankful, however. KPMG have announced the donation of R47 million to various charities; a sum ‘equivalent to the fees earned from Gupta-related entities‘. It is the festive season after all.

KPMG [2017] audit the Birdlife account; as they do a plethora of other entities, Investec included. The KPMG exodus in recent months, however, speaks volumes for the country’s ‘new broom’. Notwithstanding, Investec decided otherwise & kept the ‘troubled institution’ on its annual audit [shareholders wanted KPMG fired]. Their special announcement included this filler – ‘the board is concerned’ but ‘it’s better for the auditing profession – and South Africa – to keep KPMG doing the books.‘ I’m not sure which South Africa they mean?

In 2016, Investec Specialist Bank [part of *Kathu’s investor-consortium] also provided the debt funding for *Kathu Solar Park – a renewable energy start-up valued at approximately ZAR 1.8 billion. Investec have / are funding a fistful of other, similar ventures – all of which require a Bird Impact Assessment in their ‘GO’ analysis. In context, South Africa’s renewable energy production is below official target; hence the systemic ‘push‘ to fund new infrastructure before the [current] 2030 deadline; and if renewable energy it must be, then make it solar & South African-funded rather than the brown-bag promises from the phalanx of international bloodsuckers with no vested interest in this country’s people. That phoenix is, as history shows, a non-generative ash-heap.

From the Birdlife financials [2017], a ‘major portion’ of the NGO’s investable funds are managed by ……  Investec Bank; – on a Full Discretion basis. Investec has autonomy over stock-picking, asset allocation etc. In the absence of a mandate and a published benchmark, & from the paucity of the information supplied, the annual performance [MtM] of Birdlife’s portfolio is more a case of lights out than the advertised, shooting the lights out; vagaries of the markets notwithstanding.

Who monitors the monitor?

The report also references the Birdlife National Trust – the corporate vehicle through which Birdlife raises funds for its various projects; and on that point, an interesting observation. Only ‘Seabird Conservation‘ attracted additional funding, on a relative basis, YoY. A cynic might look to the constitution of Birdlife’s board. That said, & I want to make this crystal clear, the allocation of donor funds is well-documented and, as history shows, based on transparent criteria i.e.: a function of circumstance / requirement. However, punitive, well-publicised cases of poor performance, in other segments of the market, w.r.t incumbents appointed on the old-boy system or on nepotism – have left very little wiggle-room for companies serious about governance, however tenuous or trivial the connection.

The 5 Trustees of the Birdlife National Trust include nominees from Birdlife’s board and one or two external, non-exec appointees; prominent, elder statesmen from the C-suite of SA Business. You can’t argue merit but … The Trustees, [2017], include the Deputy Chairman of Investec Bank Ltd; previously the MD of Investec Corporate and Investment Banking. The B&W theme is all-pervasive. 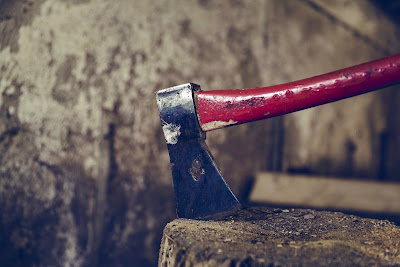 BTW – how does African Birdlife, Birdlife’s bi-monthly magazine, continue to lose money?  Subscriptions & a National distribution to a well-defined, if not captive audience, scores the subsequent loss fairly low on the 1 – competent scale. No expense spared..

I don’t expect Birdlife South Africa to log the forest of its whales but let’s be honest – perceptions, from this end of the glass, could take a turn for the worse; good intentions notwithstanding. It’s a pity. Birdlife’s in-the-field achievements are arguably unmatched & truly impressive on an international scale [Read more here]. At its heart, good governance is a subjective measure against an expected outcome but it is also, perhaps more subtly, the donor-market’s perception against the potential for reputational risk by association; a discussion front and centre on the corporate agenda for 2019.

Up the sharp-end without a scope!