Over the years we’ve nailed our share of Big Cat sightings to our totem. We’ve seen them in action too; a fast-tracked byte to the protein bar. Even so, 2017 was an exceptional year for spectacular sightings / start-to-finish kills. In no particular order of grab-‘n-go dining: – a leopard at Phinda [See it here]; 2 cheetah & a wildebeest calf near Babalala [Kruger](read here); a leopard [see below] at Engelhard Dam [Kruger] [& read more here] & finally a lioness on the Nshanguleni (a story for another time).

Before we get to the cats I want to talk about the phenomenon sweeping the Kruger, like anthrax in August. In Kruger’s southern region, technology is contributing to a charade & we’re poorer for it. Big Cats, on buffet, offer diminishing returns for the end-user & I’m uncomfortable with the attitude. To be fair, I think ‘Latest Sightings – See more wildlife‘ [the ‘app.’] started-off life well intentioned. Users planned their routes accordingly; maintained a healthy lifestyle ie: no rush-hour viewing; and understood the ethos of the experience. Not surprisingly, with the passage of time & public-acclaim, the ‘app.’ is today’s nexus of bad behaviour. Contemporary watchers are more sophisticated; more demanding – & ‘time-stress’ = the allocation of fewer emotional resources per sighting. Commercial safari-operators, pressed to perform, are increasingly reliant on the ‘app.’ – painting the Big5 by numbers for repeat business & tips. The integrity of the experience is no-less ridiculous than the speeds travelled between sightings. Add the self-drive accumulators to the mix & the recipe boils over.

Alisha & I are participants on a Sanparks-sponsored initive tackling congestion at Kruger. Two of the issues we’re addressing are cross-border / in-transit users & excessive speeding practiced by tour operators in OSVs (open safari vehicle) & technology-enabled members of the public. The transgressions of the former are mostly a Northern Kruger complication – the latter [given the paucity of cellphone-reception elsewhere], a southern problem. Some of the mooted solutions are drastic including the expulsion of the independently-owned commercial operators & blacklisting the ‘app.’; [unnecessary i.m.o if only common-sense would prevail].

Do we use the ‘app.’ ourselves? No. Will we use it? No. [other than for this blog, of course – research & all that] Do we feel like we’re missing out? Yes; sometimes we do, in truth.

Here are a few examples that beggar belief; highlighting the ‘sickness in the south‘. These are firsthand –

** In addition to locale, the ‘app.’ also reports the quality [‘visibility‘ or ‘vis’ if you’re cool] of the sighting. 1 = ‘don’t bother unless you’re troubled‘ & 5 = ‘you-will-post-on-social-media-like-a-boss!‘ Anywhere in between are derivatives of toss or boss.
There are others – the 30 odd OSVs at a **2/5 sighting in the middle of nowhere & the 100+ vehicle-chaos at a **5/5 white lion sighting [Satara region]; two of many but not important here.

Human frailties know no frontier. I do, however, want to bang on a bit about this particular white lion [above]; usually resident near N’wanetsi; adjacent the Singita Concession of Egyptian Vulture fame [Read it here].

So-called ‘mega prides‘, in and around Singita & elsewhere in Kruger, are well-documented. In truth these large prides often splinter as the competition for food outstrips the efficacy of vires in numerus [strength in numbers]. Born to one of these ‘mega prides’ [the Shishangaan pride], in mid-2014, this white lion [a male], of ** 5/5 fame [above], is a modern marvel & a living legend. In late 2014 another white lion was held-aloft at its coming-out party; a girl; pretty in blue & not pink; leucistic [a blue-eyed mutation] rather than albino [the congenital absence of pigment]. White lions, for interest, are not a species of their own but the product of a recessive gene carried by both parents.

In Sepedi & Tsonga tradition, white lions are considered divine; an inclination immortalised in Linda Tucker’s book entitled ‘Children of the sun god‘. White lions have featured in local lore for centuries & have been an on-off reliance further west, in the Timbavati Private Game Reserve, for decades. For those of you who don’t know, ‘Timbavati’ roughly translated means ‘… the place where lions came down from the stars.‘ Timbavati also lies on the Nilotic Meridian – a line of longitude said to link Great Zimbabwe & Egypt’s Giza Plateau. If shaman mythology is to be believed – white lions are only born in times of ecological crisis; a coinkydink, … maybe. Whatever your interpretation, it makes for a compelling campfire. The contentious translocation of 4 captive-bred white lions, from the Western Cape, to re-establish a viable population near their endemic home in the Timbavati, is well-documented. Notwithstanding, that & the Timbavati-few aside, ‘non-engineered’ white lions, this far east & born to free-roaming [wild], tawny-coloured parents, is testament to the resilience of the recessive gene in the face of their forced removal by collectors & hunters of decades past. Outside of the canned-hunting community [read more here] & the local cretins playing lock-n-load in the captive-breeding markets, the rest of us have very little opportunity of seeing a wild-born white lion. Those of us who have, count ourselves blessed. 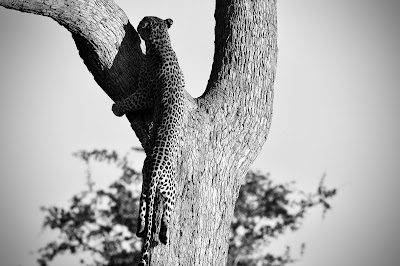 … a brief note & a special mention… Small Cats [Felinae] aren’t always afforded the same kudos as the Big Cats [Pantherinae & cheetah]. Perhaps they’re more elusive than the other felids & not as popular as a result. Fair enough. See one though & you’re on to something special. Get even luckier & find a pair at play & it carries a blue moon rating [read more here]. In fact, ask an African to paint you a picture of Africa & she’ll start with the smalls – the ‘fillers’; the gum that holds this place together on a single canvas. If the Big Cats are the salt of the earth then the other felids are surely … a breath of fresh air. 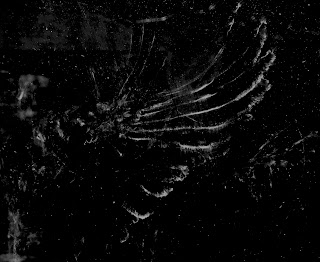 Back home, out front, is our solarium – a green room with a sunny disposition. It’s a concession to the concrete we wear everywhere else. Key to this sunny disposition is glass – lots of it – wrap-around, floor to ceiling glass. Orchids & an indigenous bonsai collection complete the illusion of eden. Birds find this retreat enticing too but aren’t always familiar with the internal locks. Many fly into the panes; a pain really. The survivors have a story to tell, of course, but only when the stars subside. On the sunnier side of the glass, domestic cats [uninvited guests btw.] understood the surprise & kept watch for spattlecocked lunch. 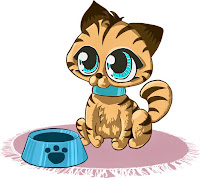 You cannot reconcile owning a cat, sans a bird-scarer, & pretend to love birds. That’s like accommodating IT, under your baby’s bed, because you like clowns & surprises. Here’s a stat for you – cats are said to kill as many as 3 billion birds in the US, every year. Yes madam; count them please & yes I did say 3 billion. That’s 3000 million & / or 2500 million more than are hunted by the tweadsters on the drive & the ‘traditionalists’ on the migration routes, combined. In fact – glass, communication towers & sundry bits of concrete kill more birds than all them poxy Elmer Fudds. Even so, we still cry foul when the fowl is baked in a pie. Best look to your glass house & keep puss inside… Better still, cut them off at the shorts & get them sterilised – end the madness! 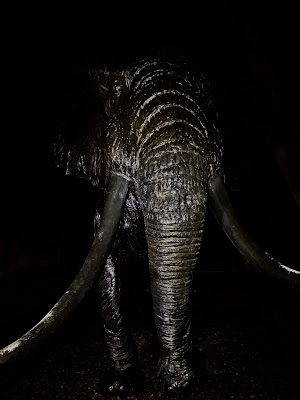 The point is this – ALL cats are opportunists & where opportunity knocks – someone gets eaten.

We found ourselves ‘in reverse‘ facing forwards, but with nowhere to travel with any freedom; in a cul-de-sac, somewhere near Kruger’s Engelhard dam. In front of us, outside, a small herd of elephant browsing towards us, en route the water, behind us. ‘In reverse‘ [then & always] was a concession to Alisha, more than a nod to direction or intention. Trees overlapped the verge thus preventing an unauthorised squirt out the side. Incidentally, elephants = ‘REVERSE![‘damn’ you…]’ in Alisha’s world. At my age I forget these things sometimes. The bruises serve as a reminder.    ‘OMG! – Elephants – REVERSE! [‘damn’ you]’; usually in that order – & if I do forget, the swelling of both blackened eyes tends to hinder good views, anyway; even with a scope. I like elephants, me. Hope to see one, one day: within – a – mile.

Behind us, the cul-de-sac AND another herd of elephant browsed their way towards us – i.e after a frolic & a drink. We were, therefore, troubled out-back & in-front by a common enemy, one wet – one dry, both intending to toe us into a kinda jam. A bit-of-a-pickle then & I’m not into sour. At the first trumpet, somewhere out-back, I broke ranks, stifled a neigh & rammed the car into PARK; chanting ‘take them – leave me‘. I’m not proud but instinct is evolutionary. We’re all on the clock. Women & children first… 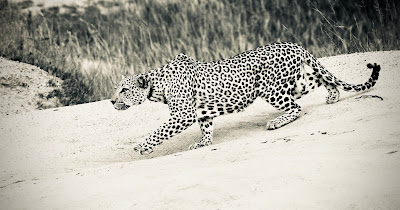 Dust scattered in clouds of ‘help me, God!’ Squeals of rage out-back / out-front / & in the seat alongside wakened the dead. My eyes were swelling at the time or I might have seen the leopard first. Even so, he blazed across our front, grabbed an impala & vanished into the murk; never-to-be-seen-again. The elephants tumbled after – him & not us, the subject of their rage. I like elephants, me. Gentle souls. As it was, the leopard summed the scene – used the rattling of Alisha’s teeth to best advantage AND before ‘dey tawd dey taw a puddy tat‘, placed a grab & go and left; without paying – an IOU the elephants will want to cash, one day – or maybe they won’t. He’s that clever. 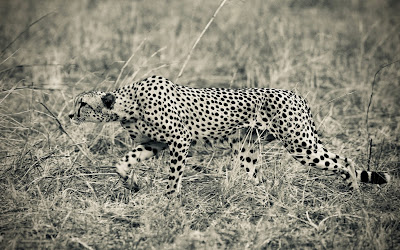 Faster than the news of a ** 5/5 in southern Kruger, cheetah are at least at 3 in my African Big Cats – Top 3. What they lack in charm, charisma & courage, they atone for with blistering speed; usually in the opposite direction. Even so, their tenacity in the face of adversity is truly worthy of their place on the flats. These imperilled felids, much maligned on the African plains, are slowly speeding into history & that, above all else, is shameful. Taxed at 95%, before 2 – the surviving nuggets are gossamer gold; on a delicate thread to an uncertain future. I hope they stick around – a scaredy-cat, maybe; but brave as it gets on an outgoing evolutionary tide.

… besides, Alisha luvs em; and a happy wife = wild for life & the wild is where the Big Cats roam; no lies.

Up the sharp-end without a scope!